Comissioned by two sisters who were already small business entrepreneurs, this vacant one story building was transformed into a focal point within a charming walking business district amongst small independent businesses in Aspinwall, PA. The building, which had previously been both a Burger King restaurant and then a bar, was re-designed into a home for the premier custom cake and dessert artists in Pittsburgh.

More photos of this project: 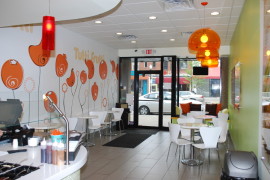 Designed for a family who owns multiple restaurants, these self-serve yogurt shops were inserted into existing tight spaces to serve two types of walking retail districts - one within the dense urban fabric of the East End, the other within the high end retail shopping of a modern enclosed mall. Both spaces were a challenge to satisfy both my client's demanding programmatic needs and to meet the prevailing building and accessibility codes - a constant balance of the two were required due to limited floor area.

More photos of these projects: 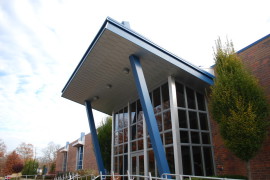 Approached by both an architect and general contractor (who are colleagues and who were both fast tracking this project for their client and were pressed by an aggressive building schedule), I was asked to architecturally detail for construction exterior design elements of the building that heretofore had not been addressed beyond the design development stage. 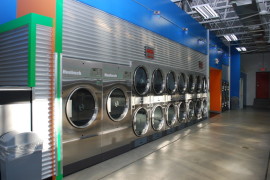 This project is both a spatial and aesthetic expansion of a large and already successful laundry/dry cleaning business into an adjacent space formerly occupied by a failed French bistro. Inconsistencies between floor elevations, a sunken area of the floor slab, and a need for washer and dryer isolation pads, were structural issues to be considered and solved prior to construction. 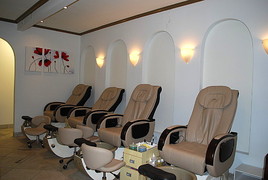 This commercial build-out converted a vacated space into an inviting and friendly nail salon in the bustling Walnut Street business district within the Shadyside neighborhood.

Periodically updated information about my services and projects; as well as other items of interest.

Please also feel free to use my contact form.